Context Clues and Signals… is a Ranking Factor by Another Name as Sweet? | Digital Summit

Context Clues and Signals… is a Ranking Factor by Another Name as Sweet?

This article was written by JLH Marketing Founder, Jenny Halasz and first appeared on the JLH Marketing blog. Re-published with permission.

I’m of course borrowing from Shakespeare here… “a rose by any other name would smell as sweet.” But many don’t realize that there’s far more to this famous line… read the full stanza:

“Tis but thy name that is my enemy;
Thou art thyself, though not a Montague.
What’s Montague? …O, be some other name!
What’s in a name? that which we call a rose
By Any Other Name would smell as sweet;
So Romeo would, were he not Romeo call’d,
Retain that dear perfection which he owes
Without that title.”

What Does This Have to Do with Ranking Factors?

Everything and nothing. Just as Juliet is illustrating in that famous play, the name “ranking factor” is not the most important part. It’s what the action does that matters.

Let’s bring this a little more to modern day. The Matrix, a movie most people have seen (but in case you haven’t) is about a society that is not as it seems… it is actually an extended virtual reality. People think they’re real and going about their day, but actually, they’re in an elaborate digital world meant to trick them into thinking that they are somewhere else. As a main character Morpheus says in the movie, it is “a prison for your mind.” The protagonist Neo wonders why his body and hair in the virtual world are the same as they were in the Matrix, but don’t match the way he looks now that he is “unplugged.” Morpheus responds:

“Your appearance now is what we call residual self-image. It is the mental projection of your digital self.” 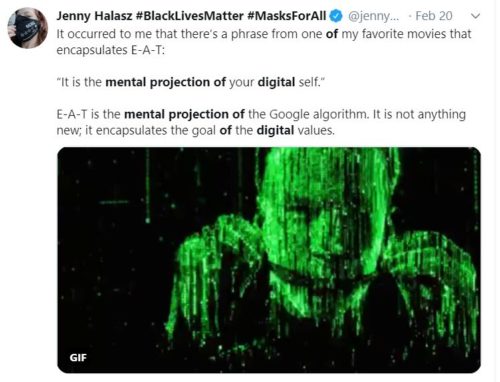 This is How We Should Think About Ranking Factors

Ranking factors are the reality; the specific elements of the algorithm that Google uses to determine how to rank pages. Googlers have often referred to them in the past as “signals.” When signals line up a certain way, they may be used in the algorithm in two ways:

Ranking factors are the digital projection of the digital site… the 1’s and 0’s that are used directly in the algorithm to determine how pages should be positioned in search, relative to other pages and external factors like location, personalization, and history.

These are the mental projection of your digital page. Humans don’t think in 1’s and 0’s… our ability to evaluate a concept is seldom rooted in mathematic understanding. Because Google doesn’t want to tell us the specific mathematical signals that are used (because we’d just game them and make them obsolete), they give us more general advice, like “make great sites.”

Over many years of saying “just make good sites,” or “just create good content,” Google has found many new signals that line up with these esoteric ideals represented by E-A-T.

Much ado has been made about these signals and clues, and Mark Traphagen posted an interesting twitter thread this morning on the idea:

While Mark expressed his thoughts very clearly and effectively, and I hope it will drive some new discussion and awareness of the issue, this concept is far from new. My friend and colleague Mike Grehan wrote an incredible paper on this back in 2008 called “New Signals to Search Engines.” The paper has sadly been lost to the dustbin of history, but thankfully Mike kept a PDF copy of it. It’s published here, but if someone else owns the rights to it, just let me know and I’ll redirect it! 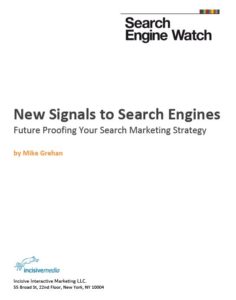 I first met Mike in 2004, when the company I worked for at the time (Websourced, now obsolete) sought to buy his company Smart Interactive.

Then I had the great fortune to work with him again in 2007 when he first started working with Acronym Media. I like to believe he followed me! Mike was my manager when he wrote this amazing thought paper, which I read cover-to-cover multiple times and assimilated into every fiber of my being.

If you have never read it, I strongly encourage you to. It’s an excellent look at how search engines might use these signals in the future – and while we still tend to focus on HTML pages, it’s only because of technology limitations and walled gardens that search hasn’t evolved further. It is still coming.

We know these signals, EAT, context clues, or whatever we want to call them are important. We know that Google wants to elevate pages that match these signals. What does that mean for our day-to-day work?

Not a whole lot. That’s why we come back to Shakespeare. It doesn’t really matter what we call these signals if we’re clear about how they are used. The bottom line is that most of them are used as a proxy to a goal, not the goal itself. I like to think of it as the difference between tactics and strategy.

Your strategy is to become seen by Google as a reputable expert on a topic. What are the tactics that other sites seen as experts use? Perhaps they use clear author bios, or external links to other work the author has contributed to. Maybe they have sites that are free from technical errors and duplication. Maybe long form content is seen as more authoritative in a specific niche. All these things could be signals that are used to indicate a site that is of high expertise, authority or trust.

But they do not correlate 1:1 with Google’s algorithm. The algorithm is a mathematic construct – a computer. It needs 1’s and 0’s to function. It can “learn” and use that learning to apply new and different signals, but it’s still ultimately not capable of certain things that humans are. A computer (as far as we know!) cannot understand human intent, emotion, or sentiment. It has no concept of “accuracy” or “belief.” What it can do is use repetition of certain signals to align pages with the esoteric concept of “quality.”

These are difficult and emotional words. But to a computer program, they are essential. An algorithm cannot use a signal unless it meets these three criteria.

A signal must be accessible. It must continue to be accessible. Again, across all pages. Signals like time on site or bounce rate are not useful. They can be artificially manipulated and are not always available.

Once again, signals must be available on all pages. It’s not possible or efficient to use different ranking factors for different niche industries. Therefore, a signal that is used for one page in the algorithm must be used for them all.

I can hear people now… but what about YMYL (Your Money, Your Life) sites? Google has specifically said on multiple occasions that these sites are held to a higher standard!

Both things can be true. The signals that are used in YMYL queries are also unknown. But Google has been clear (Google whitepaper: “Fighting Disinformation in Our Products”) that certain parts of the algorithm can be “dialed up” or “dialed down” based on the query that is made. Always keep that in mind.

Queries are the part that Google cares about. They want to show the most useful results for the query. Therefore, it is entirely possible (and I think probable) that certain queries have different thresholds for which parts of the algorithm are most important. Those “dials” are increased or decreased, and the algorithm selects the pages from the corpus (“a collection of documents that are used for indexing”) that best fit that need.

Where I Think Most SEOs Get it Wrong

Notice I keep writing “pages” and not “sites.” This is another important distinction. In my opinion, SEOs and Googlers talk about “sites” to simplify “a collection of pages.” I do not believe that most ranking factors are set on a sitewide basis; rather that the signals from the collection of pages on a site impact the value of a specific page. This is one reason I’m such a big proponent of internal linking.

Ultimately, what we call a ranking factor or a signal doesn’t have much bearing on our daily lives as SEOs. But what is critical is that we make these concepts clear to our clients. Telling a client they have an “EAT score” or that accuracy or credibility are ranking factors may make it easier to explain things, but it does them a disservice because it perpetuates the dangerous idea that Google rewards certain sites and punishes others. 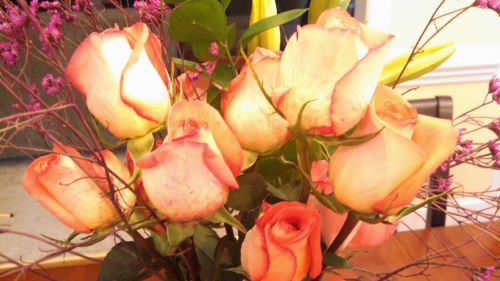 It also causes clients to make poor decisions about where and how to spend their money. As SEOs, our responsibility is to help clients understand that Google wants to surface pages that match a query as perfectly as possible. Our clients’ job is to provide the support in their business that’s needed to make their pages match the intent of the query.

Correlation vs. Causation is a loaded phrase in SEO. And Ranking Factors has become even more so. Instead of caring so much about the name, let’s refocus on what we can do to make our roses by another name smell as sweet.

Jenny Halasz is the President and Founder of JLH Marketing, Inc. with nearly 20 years’ experience in search, she uses her skills to provide consulting to medium to large enterprise companies on SEO, Analytics, and Search Strategy. Jenny has been named a top SEO to follow by Rand Fishkin (formerly of Moz), has been featured on Search Engine Journal’s Top SEOs to Follow list in 2017 and 2018, and was voted the #3 SEO Specialist in 2018 by Serpstat.